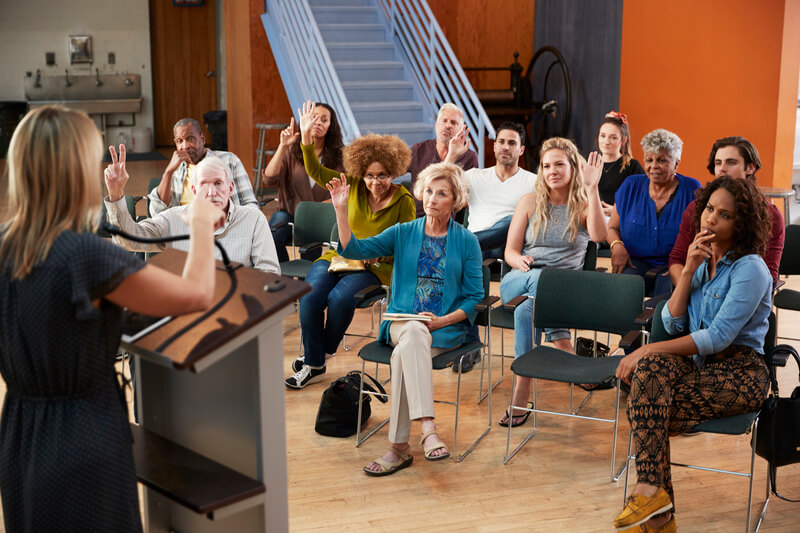 Polish Your Presentation—But Not to Perfection

Whether engineers, analysts, athletes, or sales professionals, you’ve heard and seen the best and brightest make mistakes. Strikeouts. Faulty buildings. Flaky contracts. The costs can be minimal or mind-boggling.  The same happens to business communicators. Mistakes can crater a career or cause a company’s share price to plummet overnight.

So as a savvy communicator, you understand that business presentations should never be “business as usual.” Rather, you consider your presentations as strategic opportunities to be clear, concise, and credible.

That’s the goal. Not everyone scores.

Years ago, an IBMer learned a difficult lesson about missing the mark. A couple of minutes into the briefing to a VP on a key proposal from his unit, the speaker displayed a slide containing a column of numbers.

The executive stopped him abruptly: “Hold on just a minute…. Those numbers don’t add up…. Come back and see me when they do…. Meeting adjourned.”

The entire group gathered to hear the briefing left less than five minutes after arriving—much to the briefer’s embarrassment. Those who witnessed the scene were still telling me about it months later. Yes, as we started our coaching session, they expressed fear of having to speak before that same vice president. But they also had choice words (negative) to say about their colleague, the scolded presenter, because of his failure to prepare properly.

The best communicators never try to “wing it.”

So Where’s the Fine Line Between Being Prepared But Not Rehearsed?

Although the conventional wisdom says you should never say never, here goes: my list of nevers.

The surest mark of amateur actors is over-acting: Laughter that’s too loud. Shrugs that are too big.  Goodbye waves that are planned rather than spontaneous. Smirks that look cartoonish rather than real.

Presenters can appear to be “over-acting” as well. Despite the preparation and practice, your delivery should flow naturally. You want to gesture naturally so that any movement of your hands and arms “sync” with your words. You want to walk naturally from spot to spot in the conference room at a natural break—not as if you have planned “Oh, this is the place that I’m going to go stand on the other side of the slide.” Your facial expression should reveal your emotion—or lack thereof—behind your words (see the earlier comment about over-acting, for example, in faking enthusiasm about an idea, fact, or statistic when there is none).

If you’re an athlete or performer of some artistic skill, you’ve heard the term muscle memory. That is, if you do a drill repeatedly (like shooting free throws or playing piano scales), your muscles remember how to perform the function without conscious effort. As it applies to a briefing, you want to understand your topic so well and feel so passionate about your point that your delivery sounds sincere, not orchestrated for effect.

Condescending comments cause people to disengage. Arrogance, as well as ignorance, rears its head in many other subtle ways:

—overly complex explanations meant to confuse rather than clarify

—use of “insider” references and terms without bothering to define them

Audience members notice behavior both on and off stage. (Whether that “stage” is a riser in a large hotel ballroom during an industry meeting or the front of a conference room table at the end of your hallway.) An obnoxious personality often drowns out the message. Senior groups particularly feel compelled to react to arrogant presenters or salespeople.

Never Try to Outsmart the Smart-Aleck

Some presenters feel as though they must have a clever response to every comment, an authoritative comeback to every criticism leveled to ideas offered during their presentation. A “canned” answer to likely questions.

All things being equal, in a battle of wits, audiences generally side with one of their own as the “underdog.” A speaker holds the position of power at the beginning of an encounter—the presenter has the microphone, the group’s attention, an introduction, and credibility.  But once a speaker “jumps into the fray” and becomes confrontational with an audience member, he or she typically loses that original position of respect and credibility.

Better to respond with charm and grace than confrontation:  “Thanks for that opinion. I see things differently.. . . ”  “My take on that issue is ….”  “My experience with that kind of situation tells me that ….”

Bouncing angry barbs back and forth neither improves your delivery style nor increases your authority or respect.

Learn more ways to prepare and polish your presentation skills with Speak with Confidence!: Powerful Presentations That Inform, Inspire, and Persuade. 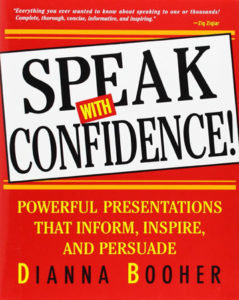