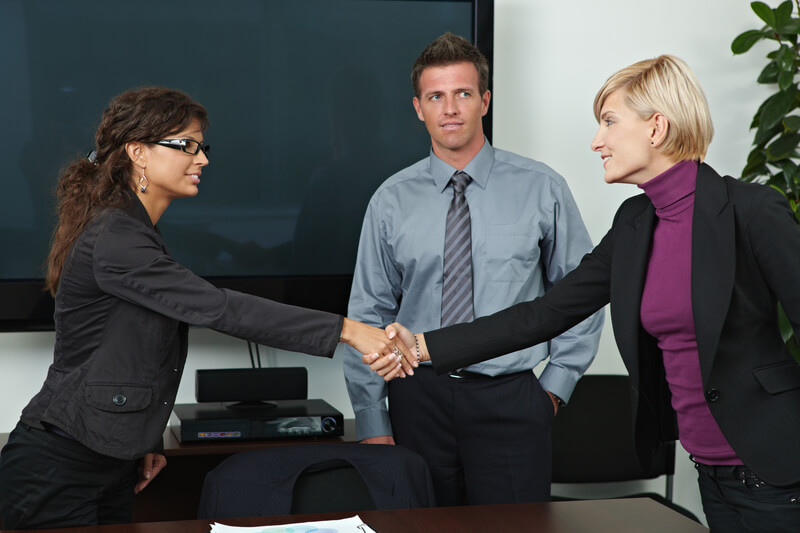 Many employees have learned the hard way that shooting off a nasty resignation to a boss often comes back to haunt them at some point in their career.

Just recently, a former employee emailed to ask if I would serve as a reference. He’d finished three interviews with a Fortune 100 company and was facing the final hurdle to a job he wanted badly.

I agreed. Within a few hours, his potential boss phoned to ask about Jim’s prior work at our firm. As I responded to the hiring manager’s questions, Jim’s demeanor and comments during our layoff conversation 22 years earlier flashed in my mind:

The economy and the economic forecast looked bleak at the time. Our clients were calling to wriggle out of their contracts, citing cashflow problems . They needed to stop the bleeding. Loosening the noose around the necks of those clients made us feel good to help in their time of need—but eventually, the drain put our own firm at risk.

For that reason, I had called Jim (a thirty-something with a wife and baby on the way) into my office to tell him that we needed to lay him off. I braced for the worst reaction. Instead, he nodded at me calmly. “I understand. I know things in the industry aren’t going well now. I hear the phone conversations.”

I interrupted with apologies for having to give him this news. He continued. “I understand. . . . Really. . . . It’s okay. I’ve learned so much working here. It’s been great. Don’t worry about us—we’ll be fine. I’ll find something else.”

We parted ways cordially as he said his goodbyes to coworkers in the spirit of someone who’d decided to leave the firm for a better offer. Calmly, confidently, kindly.

So as I stood holding the phone to give a job reference two decades later, I remembered Jim’s departing comments. I’m sure that unexpectedly calm conversation in a bad situation colored my comments to his potential boss.

Jim got the new job.

No doubt, I’m not alone in realizing that some words and behaviors are not easily erased. Life is too short for nasty comments to stay underground. They surface and get around. And such comments can affect job references, client referrals, potential partnerships, competitor treatment, and coworker relationships for years.

Although not everyone holds the power to give a negative reference or referral, most everyone on the planet has occasion to gossip—or not.

A ubiquitous movie scene illustrates the damage well: The subject of the gossip happens to be in the bathroom stall when gossipers enter the room. They chat about the “awful,” “lazy,” “ugly,” “incompetent,” or “selfish” jerk behind the stall door. After the gossipers leave, the victim emerges from the bathroom stall either vowing to set the record straight–or vowing to get even.

Can you yourself recall nasty gossip that someone uttered behind your back but that eventually someone passed on to you? Or worse, a jerk insulted you to your face.

Consider, too, the staying power of social media. Who hasn’t posted something they wish they’d never said, clicked, or shared?

The one exception to this warning about what to say or not to say: Criminal or unethical behavior. As a responsible citizen, neighbor, or employee, on occasion you may need to report the “un-nice,” inappropriate action to an authority. That’s your duty.

But for all other negative thoughts that you’re tempted to utter, think again. And again!

Learn more ways to say the right thing in tense situations with Communicate With Confidence!: How to Say It Right the First Time and Every Time. 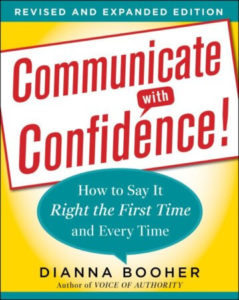