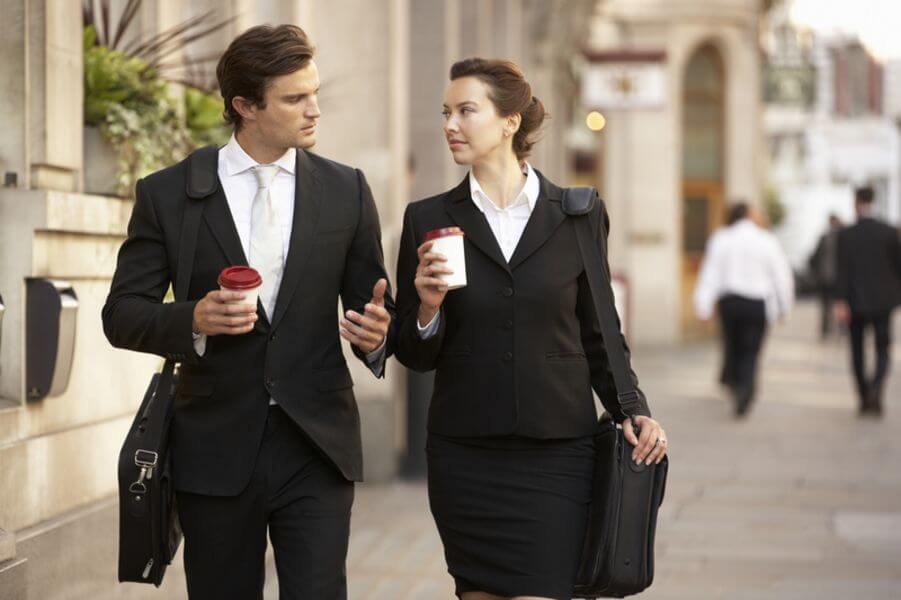 How to Skip Small Talk and Get to Know Someone

Noticing the time on a text message (3:04 a.m.) that came in from a Millennial one morning, I asked if he had been working that late. “No, I went out to meet someone at a coffee shop about midnight. Just thought I’d answer your earlier text as I walked home.”

“Out to meet someone after midnight? Must be a good friend.”

“Not yet. But I wanted to get to know her better. And she needed someone to listen. When there are so many people around at a party, you can’t really talk about important stuff.”

What followed was a lengthy conversation about how to turn chit-chat into a meaningful conversation—in any setting. Even the most seasoned executives sometimes find themselves equally uncomfortable in social situations. Particularly those with A-type personalities. They drive hard in analyzing situations, solving problems, and evaluating decisions.

So when it comes to the slow pitter-pat of chit-chat, they’re impatient and often inept. Here are five techniques that can help.

How to Engage in a Meaningful Conversation: 5 Ways to Skip Small Talk

Twist a “Light Topic” With a Serious Tone

Let’s say the other person gives you nothing more to work with than this: “I just got back from vacation. I dread looking at my inbox tomorrow.” You might twist that light comment into something more serious that helps you learn something about them as a person: “For someone like you who travels so much with your job, what do you want in a vacation? What’s new, different, relaxing to you?”

Another example: Someone says, “Nice weather, isn’t it?” You twist the conversation into a more serious tone focused on them: “The weather is nice. Actually, some people choose their job and where they live based on the weather. Are you living here “in spite of” or “because of” the weather? What’s the story of how you got here?”

Confess that you don’t like to chit-chat, and have a few discussion topics or questions to toss out—about the event, about current events or new stories of the day, about the industry:  “Networking events like this frustrate me. I meet fascinating people and feel like I don’t have time to get to know them. I’d really like to hear more about how you got started in the XYZ field….”  If they respond and elaborate, you’re into a deeper conversation immediately.

People keep the small talk flowing when there’s a group around—or when they fear being interrupted or joined by people they don’t know well or don’t trust to keep things confidential. No one is going to share something sensitive when they don’t know who might be passing by the circle or listening nearby.

But if you say simply, “If we get a few moments, I’d like to talk to you after awhile,” that let’s the other person know you want to make a more confidential connection. Then when you circulate around and approach them the second time during the event, they help you make the connection more private. Plus, they’re expecting to get past small talk.

When you approach, they often step toward you and step aside and away from others so that it’s clear from the body language that you two are in a private conversation. You’ve set up the scene as if you’re walking into a restaurant of 300 people, but expect to eat/talk alone.

Ask for Permission to Compliment Them

They’ll certainly give that permission. Then do so—preferably on an area you wanted to discuss with them. If the conversation has been lighthearted banter, a sincere compliment changes the tone of the conversation to a deeper level. Then ask a question that starts the dialogue.

You: “May I compliment you on something? I’ve admired your ability to stay calm and on target while moderating our conference calls. That’s not easy with so many different participants drifting in and out.

Other Person: Thank you. It has been difficult (or whatever the response).

You:  But here’s my question: I’m interested in what you think contributed to your gaining such visibility. Obviously, you’re doing lots of things right. How were you assigned the role of moderator?”

Say something meaningful about how you feel or what you think. Then end with a question. The other person will often reciprocate about what they think or feel. And that opens the door for further meaningful dialogue. Someone has to test the ice first to see if it’s going to hold solid. It might as well be you.

You’ve heard of “the art of small talk.” It just takes a little more art and creativity to turn small talk into engaging conversation.

For more thoughts on leadership communication, see the new book Communicate Like a Leader: Connecting Strategically to Coach, Inspire, and Get Things Done. Click here to download an excerpt.

Also click here for your own copy of her blog to be mailed directly to your inbox.