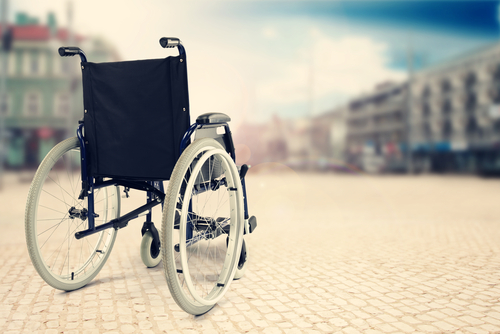 Perspective Leads to Negotiation and Happiness

There’s nothing like 1300 women trying to change seats quickly in a large auditorium to create a little disruption—and disgruntle more than a few.  The occasion was a gathering of more than 18,000 women for a national women’s conference.  Just before the conference began, the director of the conference discovered much to her dismay that they had oversold 1300 seats.

In a nutshell, that meant that when 2600 women found their places in the large auditorium, fifty percent of them would be disappointed to find someone else seated there.

Of course, consider that each “displaced” member of the audience had not come alone.  That meant those five or fifteen or fifty companions (coworkers, friends, or family members) planning to be seated with her also faced a dilemma—should they grab any unoccupied adjoining seats or chance moving their whole group to a new location—and displace someone else, whose group would in turn be divided and disgruntled?

You get the picture:  Busy ushers trying to get everyone’s attention to relay instructions about where to find open seating.  Bodies, handbags, and briefcases filling the aisles.  Big delay in starting the program.

The grumbling continued through the welcome and opening announcements.  Word came to the emcee already seated on the platform that she should say something in the way of an explanation or an apology.  The purpose was to make things better, not worse.  The emcee searched the tight schedule of speakers, trying to determine where an apology might be the least disruptive of the carefully planned transitions between topics and speakers.

Finally, she leaned over to the next speaker, Joni Erickson Tada:  “Joni, we’ve got a problem,” she said, explaining the cause of the 1300 displaced and disgruntled women now roaming the aisles.  “If you can think of something to say and it fits with what you’d planned to talk about, please mention the problem and offer an apology.  If you can’t think how to work it in, then just don’t worry about it.  I’ll figure out something sooner or later.”

So Joni’s turn to speak came, and she rolled her wheelchair up to the microphone.  A quadriplegic since suffering a diving accident as a teenager, Joni offered this brief observation before launching into her prepared presentation. “I understand that there are some women here tonight who are not sitting in the seat they expected to be sitting in…  So am I….

“And I know of thousands of people who would gladly trade seats with any one of you.”

There’s nothing like stark frankness to put things in perspective.

We should never measure our own misfortune by itself.  If we do, it seems intolerable.  But balanced against the suffering of the rest of humanity, ours most often is shown to be what it is: an inconvenience, not a catastrophe.

Knowing what these conference organizers were facing helped me put my own latest quandary in perspective.  I’d been worrying how we would find the staff to cover all the training events to be delivered to our clients in the next few months when two of our regular instructors would be unavailable. Reflecting on Joni’s remark, I remembered past years during economic recessions when such a predicament would have been a blessing, not a “problem.”

Dissatisfaction, unchecked, is contagious.  Like watered weeds, it grows until it overtakes a marriage, a workplace, or an organization.  Perspective paves the way for gratitude, negotiation, and ultimately happiness.

The 5 Most Common Causes of Miscommunication—and What to Do About Them!

(Forbes first posted my article here.) The seventh email on the same situation just popped into...