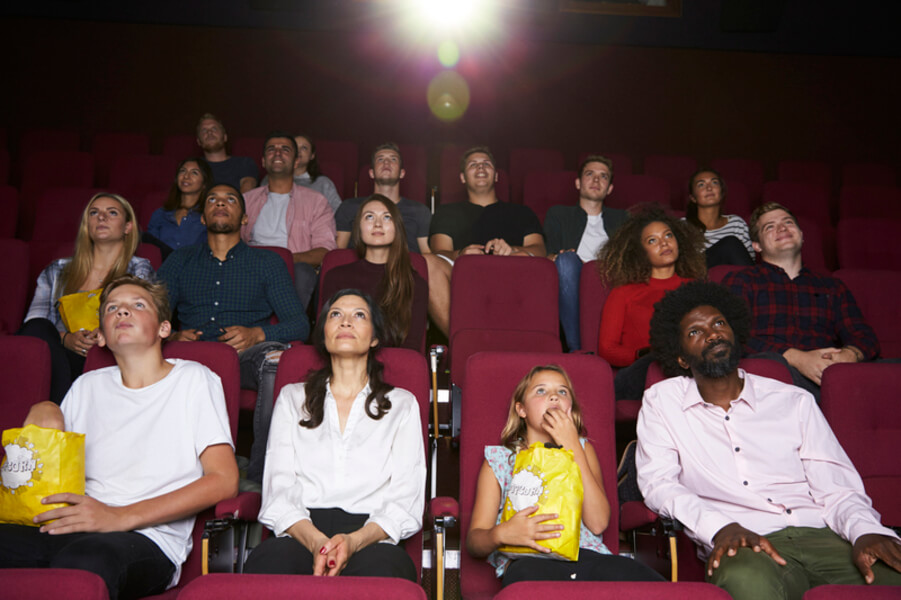 Hollywood Consistently Degrades Society by What It Communicates

At first glance, 2017 appeared to be a banner year for movies. Anytime you would open the newspaper to the movie section, the appeal was strong. When visiting RottenTomatoes.com, you couldn’t ignore the large number of movies rated 80% or higher. Yet, a nagging, insidious trend has continued for decades: Hollywood increasingly degrades society via storylines, profanity, and a multitude of devices.

In I, Tonya, one might expect to hear the f-word, but to hear it more than 120 times? In Beatriz at Dinner, John Lithgow, playing a greedy capitalist, uses the f-word in every 4th or 5th sentence in a dinner scene, with friends, and an adoring wife. Surprisingly, they all seem to find such deportment normal and socially acceptable.

In a scene from the highly rated and acclaimed Lady Bird, the mother rants at her family seated at the dinner table: “Make your own f___ dinner.” Gratuitous, egregious, and offensive, masquerading as entertainment? What parent, who sends her daughter to Catholic school, acts in this manner?

In Three Billboards Outside of Ebbing Missouri the level of profanity is over the top. Every 8th or 10th word out of Frances McDormand’s mouth, and out of the mouths of the townspeople, is f____ you, f____ this, and f____ that. Early in the movie, Woody Harrelson, who plays the police chief, greets a caller, during his Easter dinner with his young wife and his two young children with “You god____ as____.” He then smiles and winks at his children and says, “Sorry girls,” as if such language in that setting is permissible as some kind of an inside joke.

The website KidsInMind.com counts about 84 f-words and its derivatives, in Three Billboards. The sordid language doesn’t end there for this 115-minute movie: consider 36 scatological terms, 23 milder obscenities, 15 “anatomical” references, 7 disparaging remarks concerning African-Americans, 4 explicit sexual references, 2 disturbing terms for homosexuals, 2 disrespectful terms for Hispanic people, and 1 demeaning term for small people, amidst name-calling such as dummy, idiots, retards, crazy old ladies, stupid, dumb, fat boy, fat little Mexican boy, wife beaters, lazy, scumbags; provocative language on average every 40 seconds. Okay, it’s a black comedy, we get it, and each of us has the option to skip seeing the movie but many actors, critics, and film societies chose it as the best picture of the year. Really?

In the The Florida Project, about children of single mothers, living in the throes of Disney World, guess what I hear throughout the whole movie, with no break? In the acclaimed thriller, Get Out, it’s more of the same. In at least a dozen of the top movies this season, the f-word predominates. It’s standard fare in Good Night and Landline, and is more lightly sprinkled throughout Molly’s Game and All the Money in the World.

A friend told me, “I’ve never thought of myself as prudish at all – but I cringe at the current use of vulgarity – and I have been known to walk out of more than one movie because of it!”

Is there no other substitute for egregious and repeated profanity? Are screenwriters so inept that they cannot derive more clever ways to express characters’ emotions? Let’s be frank: using the f-word is a sign of a language deficiency, where the writer does not have a sufficiently broad vocabulary to accurately and intelligently express his or her emotions.

Would you care to argue that dropping in the f-word is “keeping it real?” How real was it for 50+ years when Hollywood movies grossly over-represented the percentage of individuals who smoke cigarettes? (and still do.) In this age, when few people read history or historical novels, too many get most of what they “know” from the cinema. Perhaps worse, cultures around the world, who gobble up what Hollywood has to offer, derive parallaxed views of what our country is like.

James Cagney and Humphrey Bogart, and earlier in his career, Clinton Eastwood, played tough guys, often in dire situations, and you never heard the f-word once. The same for females playing ‘tough’ roles… think Betty Davis, Barbara Stanwick, and Lana Turner. We remember these actors in their classic roles. Who can you cite in movies these days for classic portrayals?

Of all the films cited above, Ladybird is the most troubling with its 15 f-words. Not many people are going to see The Florida Project or Beatriz at Dinner. People might expect profanity in Three Billboards, I, Tonya, and Get Out. But Ladybird? Ladybird is the movie that every other teen in America will eventually see, and many will see it multiple times. This is the movie that potentially has the most enduring cultural impact. There was no reason to drop the f-word in that early family dinner scene.

At the least, the screenwriter could have said “freaking,” not a great alternative, but at least a bit less harmless than you know what. Moreover, there were so many other ways for the mother to express her frustration and anger.

Alas, Hollywood has got our culture by the throat, and it’s intentional. A 50+ year all-out assault, starting with the anti-heroes of the late 1960s, and it’s getting worse. Dropping the f-bomb is just an easy – and I daresay – calculated way for writers, producers, and directors to degrade society. They ought to know better and they ought to do better.

Jeff Davidson is “The Work-Life Balance Expert®” and the premier thought leader on work-life balance issues. He speaks to organizations that seek to enhance their overall productivity by improving the work-life balance of their people. He the author of Breathing Space, Simpler Living, and Dial it Down, Live it Up. Visit BreathingSpace.com or call 919-932-1996 for more information on Jeff’s keynote speeches and seminars, including Managing the Pace with Grace®, Achieving Work-Life Balance™, Managing Information and Communication Overload®.