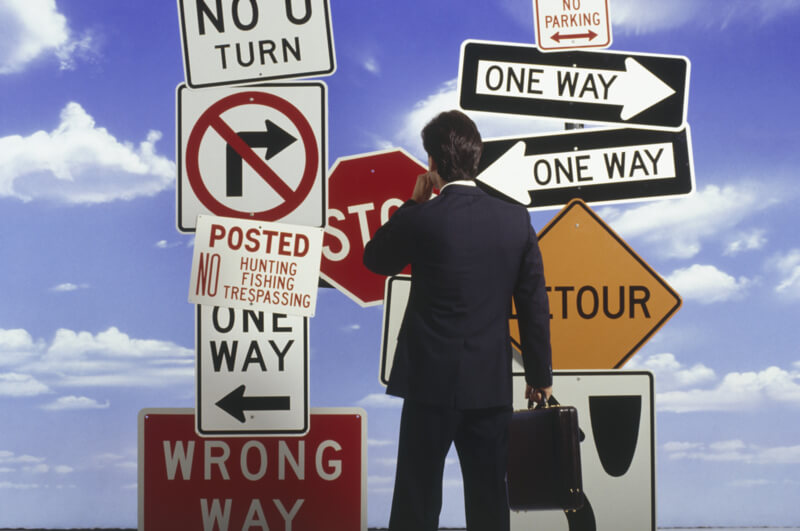 The 5 Most Common Causes of Miscommunication—and What to Do About Them!

The seventh email on the same situation just popped into my inbox. Yet the matter was so very simple to handle:

I’m still waiting on an answer about the transfer. But you get the idea because I’m guessing that you’ve been trapped in equally frustrating miscommunications. These scenarios eventually wear you down until you sever the relationship—or better, until someone wises up to the causes and cures.

Common Causes and Cures for Miscommunication

1 – You’re giving too much information.

You understand the resulting confusion of too much information if you’ve ever tried to take driving directions from someone who gives them like my husband. “Okay, you’re going to be on Loop 610 going South. You’ll pass a couple of exits where there’ll be big logjams at that time of day. Just stay in the lefthand lane to get through them. After you see the big shopping center off to the right, next to the Conference Center, get in the righthand lane. Then take the next exit after that. You’ll see a Burger King ahead, but you’ll need to exit about half a mile before that point. You’ll exit to the right, but loop over the freeway and quickly get onto the service road and make a sharp U-turn. The building will be right at that corner.”

Are you lost? Directions, explanations, or presentations that provide too much information confuse rather than clarify. The number one complaint executives mention when they send people to us for presentations coaching is this: “He/she gets down in the weeds too often. They lose people.”

Likewise, scanty information leads to confusion. Back to the money transfer scenario in the opening: Even when making the simplest of requests or passing along nontechnical information, giving too few details leaves others with two bad choices. They either have to “read between the lines” or ask you for information, once again creating more email, text, or phone exchanges.

To strike the right balance between too much or too little information, run through the 6 Ws in your mind: Who. What. Where. When. Why. How. Include only those details that are relevant.

3 – You’re depending on voice inflection to carry your written message.

Somewhere in your career, I’m sure you’ve run across an illustration like the following to point out how voice inflection alters the meaning of what you say. Inflect your voice on each italicized word as you read the variations on this sentence.

So how does voice inflection create havoc routinely? When you write an email, text, or any other document, you typically hear yourself “speaking” the words as you write. You know what you mean, so you use voice inflection naturally.

But often, you fail to write that voice inflection (by proper punctuation and placement of ideas). When your reader sees the written words, he or she doesn’t hear that same inflection.

So chances for misunderstanding rise exponentially. The cure? Make sure you’re actually writing what you’re saying to yourself.

4 – You’ve failed to summarize your point at the beginning.

Let’s face it: Many people talk or write until they figure out what they want to say. That is, they ramble through an issue, saying aloud whatever enters their mind. Then they walk away (or end the email or text) and leave it to the listener or reader to draw a conclusion.

Don’t be one of those people. Think first. Then write or speak. Or if you have to talk through or write through the details as a thinking tool, fine. Do that.

But after you come to a conclusion and figure out your point, do your listener or your reader a favor: Summarize it. If you’re emailing or texting, go back and insert that summary at the beginning. The other person will follow your point much more easily if you start with an overview before getting into the details.

A missing or misplaced comma can totally change the meaning of a sentence. I’ve spent much of my early career teaching business and technical writing to attorneys and engineers, and during those programs participants have brought me hundreds of example sentences with muddled meanings.

In one particular oil company, the tax attorney plopped a regulation down in front of me: “We’re still fighting the government on this one. To us, it means $7 million this quarter. All because the reference for ‘this’ is unclear.”

Bad grammar is like bad breath; even your best friends won’t tell you. So if you find yourself embroiled in more and more miscommunications, grab a grammar book and brush up particularly on these three things: punctuation, misplaced modifiers, and “that” versus “which.”

Learn more ways to reduce confusion and communicate clearly with What More Can I Say: Why Communication Fails and What to Do About It. 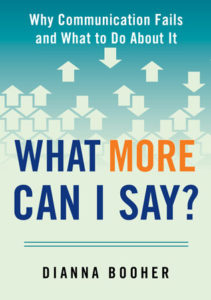