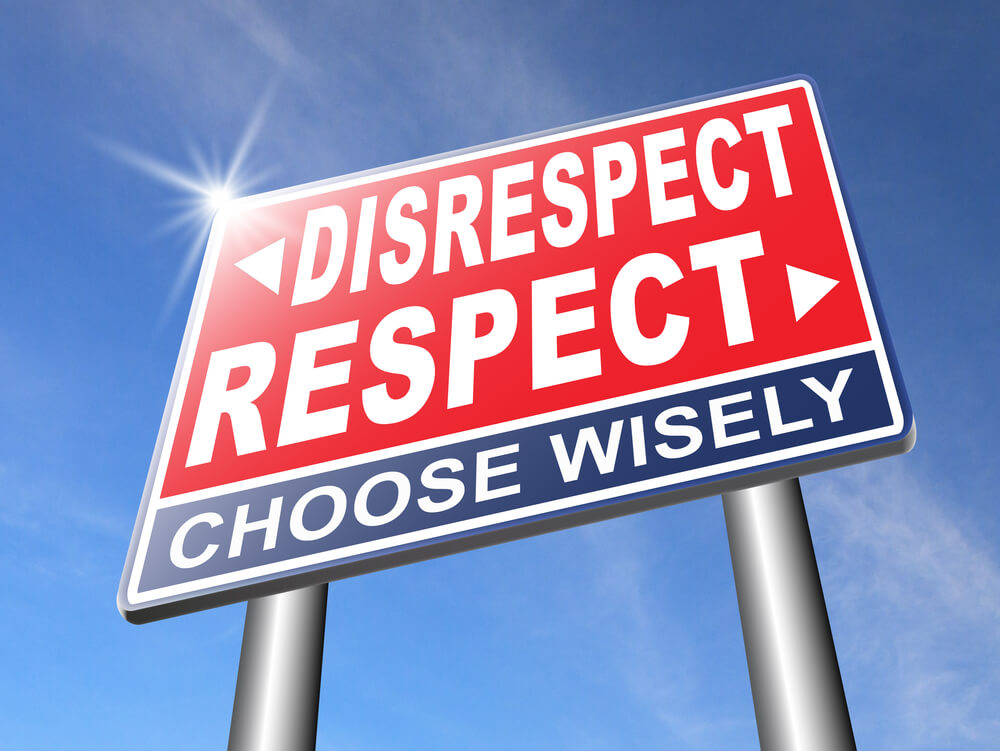 What Does “Respect” Mean in Politics, Religion, and Race Relations?

“Given such a lack of respect from both sides of the current political environment and the seeming lack of it through Facebook postings, I’m wondering if the meaning of respect has been forgotten or even abandoned.” That comment came from one of my blog readers recently with a request for me to address the issue from a communication perspective.

So I’m taking on the challenge here and “upping the ante.”

I’ll broaden my scope to include race relations, religion, politics, and the workplace, where the word “respect” has been tossed around for decades. Corporate mission statements pledge to treat employees and customers alike with respect. And innumerable participants in race discussions and religious groups confront and challenge their adversaries about being disrespectful.

So What Does Respect Mean?

I’m guessing Aretha Franklin had her own definition when she crooned, “All I’m askin’ is for a little R-E-S-P-E-C-T.”

So let’s start with some basic dictionary definitions:

––A manner of observing and treating other people courteously

––To give particular attention or consideration to

––To value others’ points of views

––To lay the foundation for respectful interactions with others

Respect in one form simply means “observation” and “acknowledgement.” You are not necessarily agreeing with or condoning their viewpoint, belief, or action. You are observing it, hearing it, and acknowledging that it exists.

On the other hand, respect CAN have other multiple meanings:

––To honor as an authority (Example: “Maddie achieved extraordinary results and has gained my utmost respect.”)

––To give deference or special treatment (Example: “After all his organization has done for us, I think we owe Robert at least the respect to review his proposal a second time.”

So when you say you “respect someone’s opinion,” it might be ambiguous whether you mean:

That’s the rub.  That’s where resistance and conflict start. The speaker intends the first meaning and wants to make very clear that he DOESN’T intend meaning B or meaning C.  At that point, many discussions turn disrespectful.

Disrespect Develops in the Interaction

Disrespect is a stronger word than respect. It means ignoring beliefs or viewpoints entirely—not having the courtesy to listen to someone’s viewpoint or acknowledge its existence.

And the escalation continues because “courtesy” can be open to interpretation as well.  Courteous treatment during a discussion means interacting according to expected norms. But by WHOSE expected norms?

Person A may consider the following interaction a respectful, “normal,” courteous exchange: I share my viewpoint. You share your viewpoint. We disagree. We go our separate ways. If you start to yell at me, curse at me, and make untrue accusations, I don’t have to stay and listen any longer because yelling and cursing is discourteous and disrespectful.

Person B may consider the following interaction a respectful, “normal,” courteous exchange: I share my viewpoint. You share your viewpoint. We disagree. I refute what you said. You walk away, saying you don’t want to hear me yell and curse. I respond, “Well, that’s your problem—that’s just the way I communicate. You are disrespecting me by walking away when I am giving you my honest feelings and viewpoint. You are refusing to listen and acknowledge my right to communicate in whatever way I choose!”

Society’s discussion of complex issues about politics, race, religion, or the workplace simply reflect our growing diversity about common meanings of words. As our culture becomes more and more diverse, I fear we’ll find it increasingly difficult to agree on the simplest “norms” of acceptable communication and behavior.

When a society rejects absolute standards, everything is open to anyone’s interpretation.