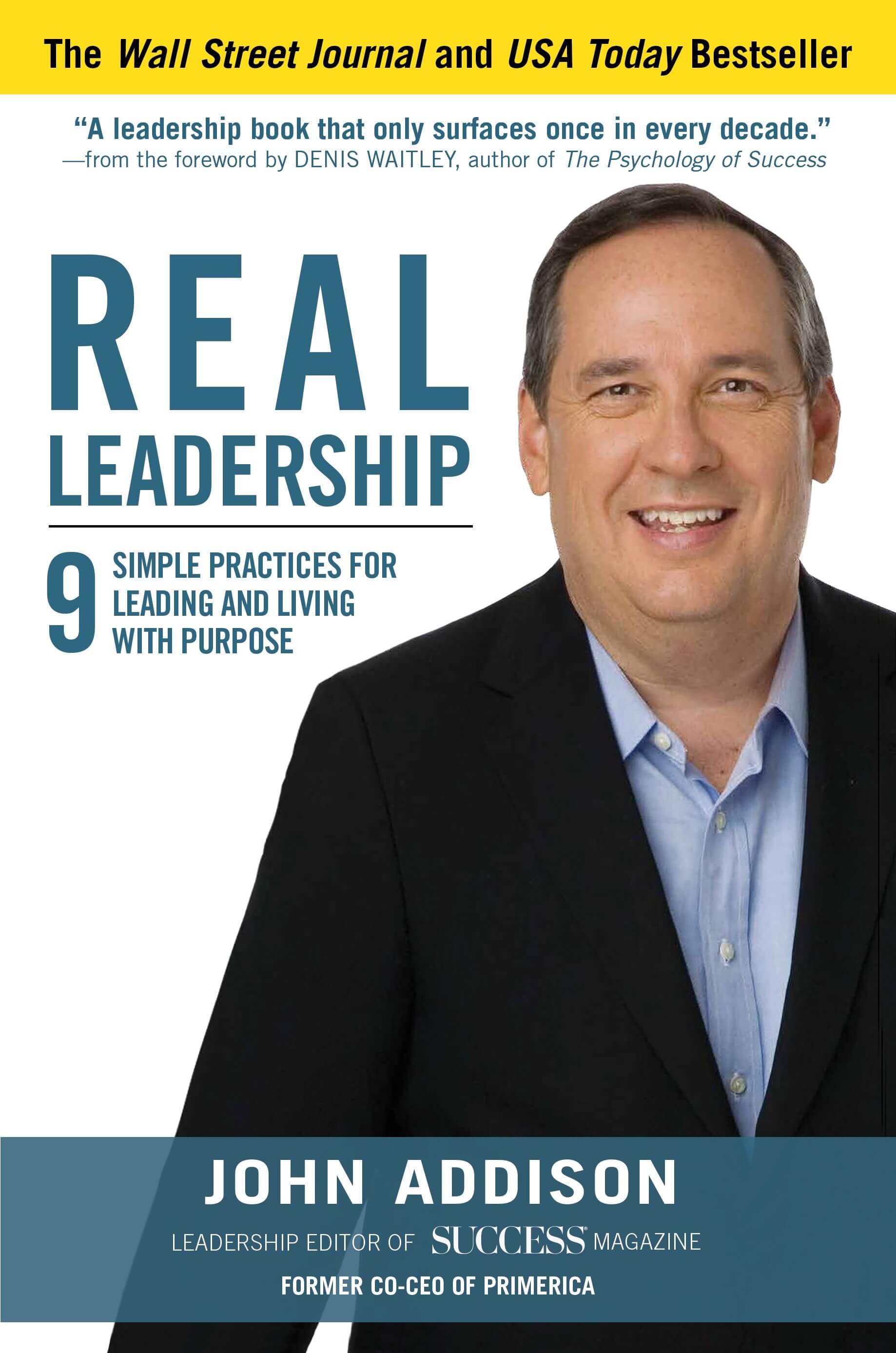 Given a half hour to kill in a shopping mall, I prefer to spend it reading greeting cards or books of essays. Not silly or trite sayings and philosophies, but those astute observations that slap you upside the head and make you think: “Hmmm. That’s squares with my experience. I’ll tuck that away for future reference.”

That feeling was the case when I picked up John Addison’s book, Real Leadership: 9 Simple Practices for Leading and Living With Purpose. The author states that his goal was to write about leadership, but in the process he tells his life story—and his rise to become co-CEO of a billion-dollar division of the largest company in the world.

Although I found his challenges in growing the company during “The Great Recession” formidable and his book suspenseful, the real nuggets are his insights on leadership:

On how culture inspires growth and loyalty––

“Our folks weren’t people who saw themselves as working at a job. They were people who saw themselves as part of a cause. And you can’t run a business like that as if it’s an organization because it’s not just an organization. It’s an organism. It’s something people are drawn to because they want to do something great with their lives. It’s a movement. The day you start running it like an organization with org charts and lots of functions all neatly defined is the day it starts to die…. It is a fundamental truth of leadership that applies to any business.”

On how leadership affects personality––

“Leadership is like money. It doesn’t change who you are or make you into a different person. It takes who and what you already were and amplifies that. Any issues you might have, whether it’s with ego, insecurity, the ability to get along with others, or whatever else, are all on display when you step into the spotlight of leadership….”

“Big ego is what ultimately spells the death of most businesses…. When new CEOs take over, often the very first thing they do is tell everyone how terrible the person who came before them was and make a big deal out of all the problems that person left behind. That buys them some time and maybe some goodwill. I’ve noticed that politicians tend to do this too, always blaming their biggest problems on the previous administration.”

“Light a fire within people, not under them.”

On the difference between bosses and leaders––

“Real leaders aren’t the ones who tell others what to do. That’s a boss. Leaders are the ones who inspire everyone else by their dedication, commitment, vision, and work ethic. Just because you have a title doesn’t mean you don’t have to keep earning it.”

On positive thinking as a leader––

“As important as it is to stay positive, don’t ever confuse optimism with naïveté. Be prepared. Know exactly where you stand because it could be sorely challenged by high winds at any time.”

“If you’re a leader, you can’t afford the indulgence of having moods. You’ve got to be the one who, when people come to work in the morning, they already know exactly where you stand. You have to be their rock.”

“When people are going through hell, talking about how hot it is will only make things worse. During difficult times, people need a leader who keeps them focused on what’s possible, not on what’s wrong.”

On the link between money and leadership––

“Money can’t become the thing you focus on. If you do a great job as a leader, you’ll make decent money. But if you make money your goal, if you start to worship it, it will never last. Money is a great servant, but a terrible god.”

“There is no real success without successors.”

John Addison is the Leadership Editor for SUCCESS magazine and the author of Real Leadership: 9 Simple Practices for Leading and Living with Purpose, a Wall Street Journal and USA Today best-seller. Renowned for his insight and wisdom on leadership, personal development and success, John is a sought-after speaker and motivator. Read more on his blog, and follow John on Facebook and Twitter.