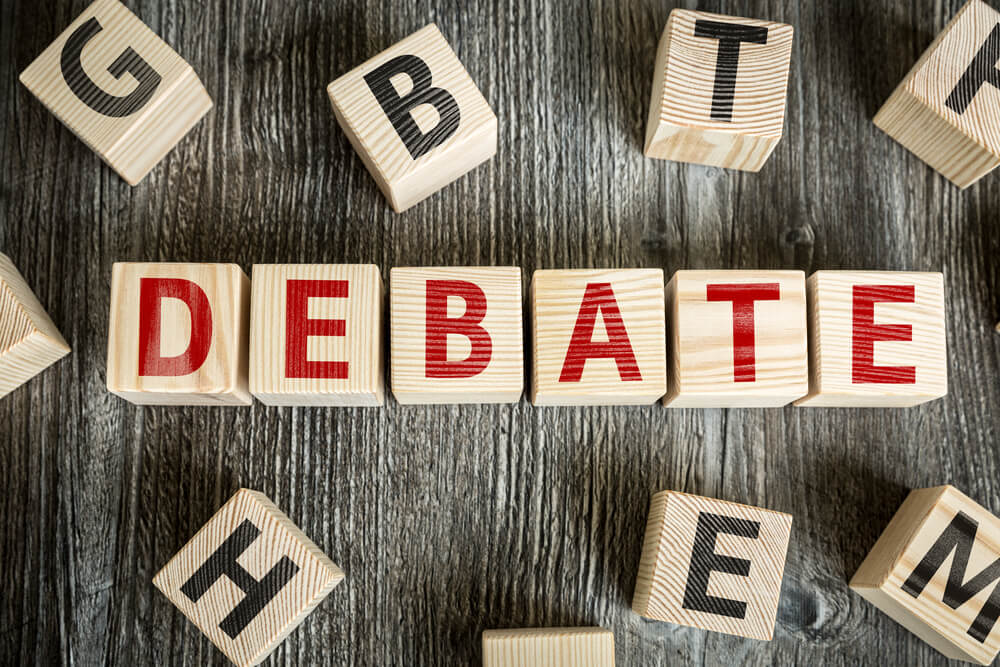 Have you ever counted how many times politicians utter the cliché “What the American people want is …” followed by their opinion on some issue?  I’ve not actually counted the phrase myself in any two-hour debate, but my summary answer: Too many.  I’m guessing that none of the debaters has actually surveyed the entire population to know what the nation wants.

But I’m going to add my own twist here. “What listeners in general don’t like to hear in presidential debates”:

Viewers get most frustrated when the moderator asks a question like, “What’s your most significant accomplishment in the past decade?” And the debater responds with, “If elected, I can assure you that I intend to improve the way we go about integrating our medical research.”

Come on, politicians. Being responsive to the question is Communications 101.

Back in high school English class when I turned in essays with sweeping generalizations, Mrs. Roark routinely scrawled with red ink in the margin “Evidence?”  I get the same urge with hearing debaters make broad generalizations and then offer nothing to back up those statements.

Here’s something I bet you’ve never heard before: Talk is cheap. What? Not original? Just about as original and specific as some of those debate promises.

I have a friend who could make this claim: “I’ve performed on Broadway.” But he couldn’t make the claim with a straight face. His “performance” was playing drums in a college marching band moving down Broadway Avenue in New York City. Should he decide to make that claim, of course, everyone would jump to the conclusion that he had performed in theatre. Wrong.

Some politicians do this repeatedly: They make statements, give out “facts,” and provide data that may be literally true but lead people to a totally false conclusion. They expect people not to do their own research on the issue.

Braggadocio may work for your product packaging: “… the leading software on the market…” “ … the only company providing technical help from service agents who treat you like family…” “… The first ever widget with a laser-sharp blade and lighter than a whisper.” Such statements may sell a product or service, but debate listeners expect more substantive answers.

We have enough problems and issues to occupy us for the next few decades. Come on, candidates. Call each other out on positions, opinions, votes, non-votes, actions, inactions, inaccuracies, lies, deceptions, scandals. All fine. Point out inconsistencies in any of these things.

A leader’s character matters. So if what another person says does not match what they do, how they vote, how they lead, or the results they produce, point that out.

But personal attacks on inane matters (hair, face, dress, upbringing, relatives, children) have no place in civil discourse. (Save it for a wrestling match.)

Now, with these fundamental communication principles in clear view, let’s go elect a president in 2016 based on the issues.