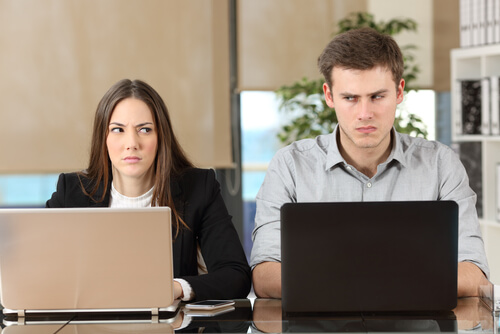 How NOT to Hire Toxic Employees on Your Team

Nobody intends to hire the whiner, the troublemaker, or the sharp-tongued twit that ticks off customers and drives coworkers crazy. But somehow a few seem to work their way through the system and get hired, managing to lower the morale of the entire team.

According to research from two studies (one done at Harvard Business School and the other by CareerBuilders), the turnover cost to the organization of these toxic workers has been estimated from $12,500 to more than $50,000. The real cost, however, can be much higher when you factor in litigation, fines, loss of customers, or exit of other employees because of the toxic employee.

So what character or personality traits, habits, and attitudes give you big clues that you have a toxic person on the scene? Narcissism, arrogance, over-sensitivity, self-protection, bullying, abusive language, passive-aggressive behavior, sexual harassment, violence—these certainly make the list.

The bigger question: How do you spot them before you hire them, promote them, or move them onto your project?

Pay Attention to Their Entrance

If you’re considering hiring someone away from your competitor or from a supplier, chances are you have had a chance to observe them in other interactions and settings: Are they prompt to meetings, or do they keep others waiting? Did they arrive to the interview on time? How do they treat “little people”—staff that they consider lower in the ranks? Have you ever seen them serve anyone else or show compassion?

If you’re considering anyone internally for a promotion or lateral move into your department, during any casual conversation, pay attention to how coworkers behave around them. Do they seem to have a warm relationship with their current team?

If you’re doing a formal hiring interview, structure your questions and either record the interview or take good notes.  And remember: As behavioral psychologist and interviewing guru Paul Green has suggested for the past forty years, “Past performance is the best predictor of future performance.” So ask questions about what they have DONE—not what they WOULD DO in some future situation.

Listen to Their Language

Do you hear sarcasm and cynicism in their comments? Are even their lighthearted comments thinly veiled barbs at someone else’s expense? Do they seem like the kind of person who could laugh at themselves and their own foibles on occasion?

If you’re talking with a potential hire from within the organization, have you ever heard them tell a funny story on themselves?

Do they ever give credit to anyone else or compliment anyone else during the interview process?

Relay the Challenge to Their References

From the very beginning of any interview, make it clear that you’ll be checking with previous employers or you’ll not be moving forward. That helps get answers that are closer to reality. After that statement, I’ve often had applicants offer “corrections” and “amplifications” on what their résumé actually says regarding job titles, job responsibilities, and accomplishments.

When you check their references, ask about the person’s track record for teamwork.

Notice that you’re asking the reference to tell you how they think OTHERS would answer the question. That phrasing frees them to give their own opinion anonymously as if speaking for the team. If you talk with several references, you should have a well-rounded picture of the candidate.

Better to spend a good deal of time to investigate and NOT hire . . . than to hire a productive but toxic performer too quickly—and watch as he drives customers and coworkers out the door.