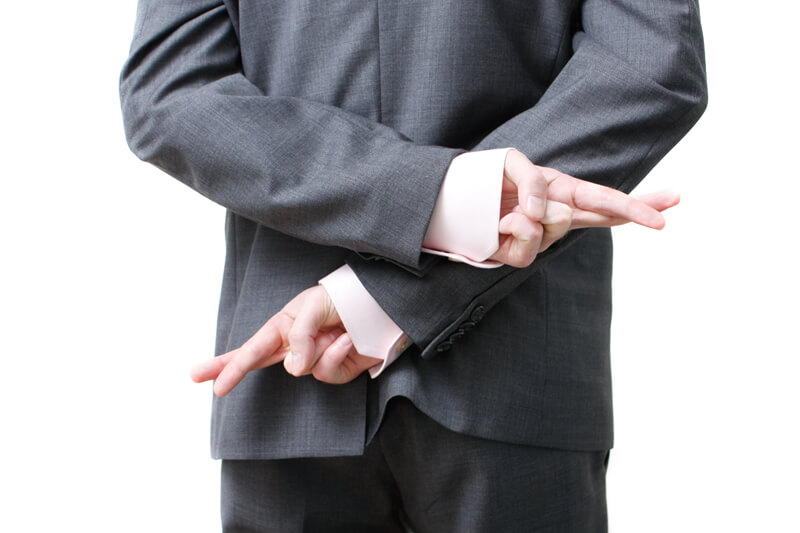 How to Separate Spin From Deception and Lies

Everybody spins—to get a date, a mate, a job. Spinning simply means putting your best foot forward by telling your story of what happened with the best possible interpretation of the facts and the situation.

Deception happens when you alter or omit facts with the intent to change another’s perspective on a situation. Lying, . . . well, . . . we all know the definition of a lie versus an honest mistake.

People can make honest mistakes with no intent to deceive. Reasons vary: Rushing. Short deadlines. Faulty recall while “talking off the top of their head.” No handy resource for double-checking. Not thinking the matter or situation is important enough to warrant the time, cost, or effort to verify absolute accuracy. Imprecise communication habits.

So when you hear something that you question as true, you’re left with a decision:

Basically, your course of action at this point depends on your judgment of the speaker’s motives. If still undecided about motives—and consequently about truth versus deception––then try these standard tests:

Is It Spin, a Mistake, or a Downright Lie?

Is the Speaker the Expert?

You don’t buy stock from somebody standing in a bread line. You don’t listen to somebody telling you how to protect yourself from cyber crime who can’t set the alarm on their smartphone. Just ask yourself if the person is a real expert on the topic under discussion––or a dabbler spreading hearsay from her brother-in-law’s second cousin once removed.

Is It Common Sense?

Can They Provide Other Sources and Support?

Probe for evidence. Asking questions to verify what you’re hearing doesn’t have to sound like a challenge. Said in a non-confrontational tone, ask: “Do you have a link for those statistics? I’d like to take a deeper look at that study.”  “Was that opinion from the firm’s spokesperson or an independent scientist?” “Do you know if that study was paid for by a sponsoring organization?”  “Has that survey been published somewhere? And do you know how many people responded to it?”

At best, you’ll gather more evidence and details to form an opinion or make a decision. At the least, your questions may guide the speaker to do further research personally to verify what’s true and what isn’t.

Is the Speaker Discounting “Experts” and “Evidence”?

Be leery when someone digs in their heels and pushes back with comments like, “The experts don’t know what they’re talking about! I used to work for a trucking company and we always….” Or, “I don’t care what the studies say. I know what I know!” Personal experience can be valuable in many situations, and it certainly informs our opinions—but not always absolute truth for every situation.

Can the Speaker Give Reasons?

People who are spinning with the intent to deceive typically haven’t thought through their entire web of lies. Even if their intentions are not to deceive but simply to spout off about a topic without much forethought, they’ll rarely be able to justify their opinion with a solid foundation of reasoning.

So if you’re trying to sort opinion from fact, ask why and how questions: “Why do you think that, Kerry?” “How did you come to that conclusion, Paige?” “Have you talked to other accountants who agree with you about that approach?”

If the speaker can give you reasons, the evidence may support his “truth.” If the speaker has difficulty articulating why he has concluded X, then the story he’s telling is likely nothing more than spin.

The truth, the whole truth, and nothing but the truth should not be three different things. Often, it’s up to you, the listener, to separate the facts from the spin.

Improve your own communication style and credibility with Communicate Like a Leader: Connecting Strategically to Coach, Inspire and Get Things Done. Download an excerpt by clicking here or on the image below.