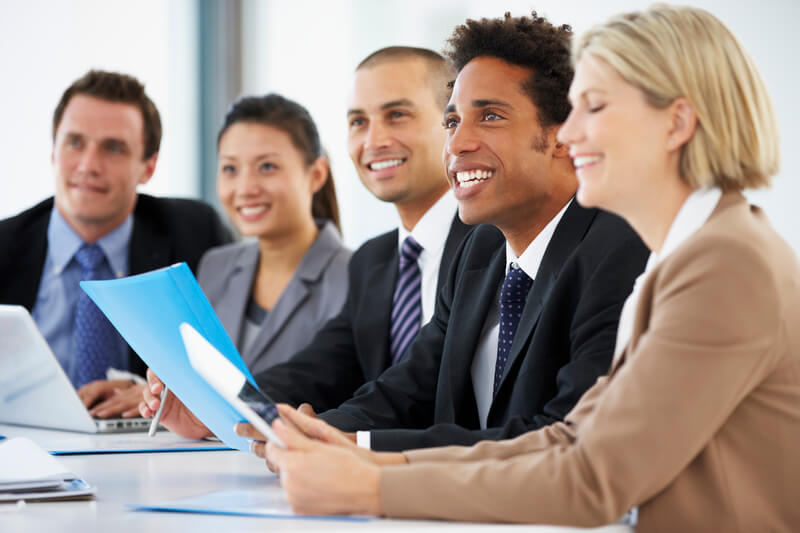 How to Pitch Ideas to Your Executive Team

“Never got a response to my email.” “They never followed through on my recommendation.” “I’d definitely like to have a seat at the table when that issue comes up next time!” You hear these common sentiments from those who’ve had their 15 minutes of fame in front of executive decision makers—and for some reason left disappointed and ultimately defeated.

After more than 30 years of listening to senior leaders critique their briefers, I have a long list of do’s and don’ts for coaching clients as they head into a meeting with executives—either at their own organization, at a supplier’s site, or a client’s site.

So whether you’re delivering a formal presentation or just engaged in conversation around the conference table, consider what it takes to gain buy-in and get the “go-ahead” at the executive level:

Your sales team tends to focus on revenue because that’s what counts toward their commissions. Your marketing team focuses on growth because that’s easy to measure. They create a 3-week campaign and count the leads and conversions. Your operations people count widgets produced per hour or the cost of rejects because of a quality defect.

But top executives concern themselves with expenses as well as revenue and growth. That ratio translates to overall profitability and the ROI. In fact, increased revenue and growth—with no control on related expenses—can drive an organization into bankruptcy!

So if you want to speak the language of executives, talk about profit margins on services provided, or overall headcount cost compared to productivity, or overall value in dealing with a strategic partner versus simply the cost.

State the “So What?”

The formula:  “Our data shows that X is happening, so what that means for us is Y.”

Simplify the charts and graphs. Cut the verbiage. Executives have many problems and projects in their pipeline. They don’t have time to decipher the meaning of a slide with a heavy load of data. So add a slide title that captures the key takeaway, NOT just a vague topic like “Staffing Costs.” The title should state the point you’re making.

Ditto with graphics: Don’t dump all your related data into one slide display. You’ll do far better to prepare three slides to make three key points than to make one complex slide that takes viewers three minutes to digest.

Have Data at Hand, But Never Depend on It

Executives expect that you have metrics to support what you say or recommend. But that doesn’t mean they always want to hear them. Taking your executives through all the evidence can try their patience. They consider it your job to draw conclusions that surface from your research—not recount your time and trouble in getting and validating the data.

Always have support for your recommendations, proposals, and opinions—but never expect data alone to build your case. Explain the impact. What’s the story you’re telling? What’s the long-term effect or the potential missed opportunity? How might this change, policy, budget decrease or increase affect employees, suppliers, and the general public’s perception?

Even military generals try to avoid fighting on all fronts at once. If crises are occurring almost daily or weekly in your organization, consider the best time to approach the leadership team with your recommendations so you have their full attention. No matter how hungry, it’s difficult to think about a gourmet dinner when you have flames shooting up around your head.

Never walk away from the conversation or discussion without stating next actions explicitly—as you see them. Typically, it’s a great idea to provide the next steps in written form on a single page so your executives can delegate these steps after making the “move ahead” decision.

With these six steps to gain buy-in, you’ll dramatically increase chances that your recommendations, budget, opinions, or ideas get serious attention.

Learn more ways to communicate with executives with Communicate Like a Leader: Connecting Strategically to Coach, Inspire, and Get Things Done.