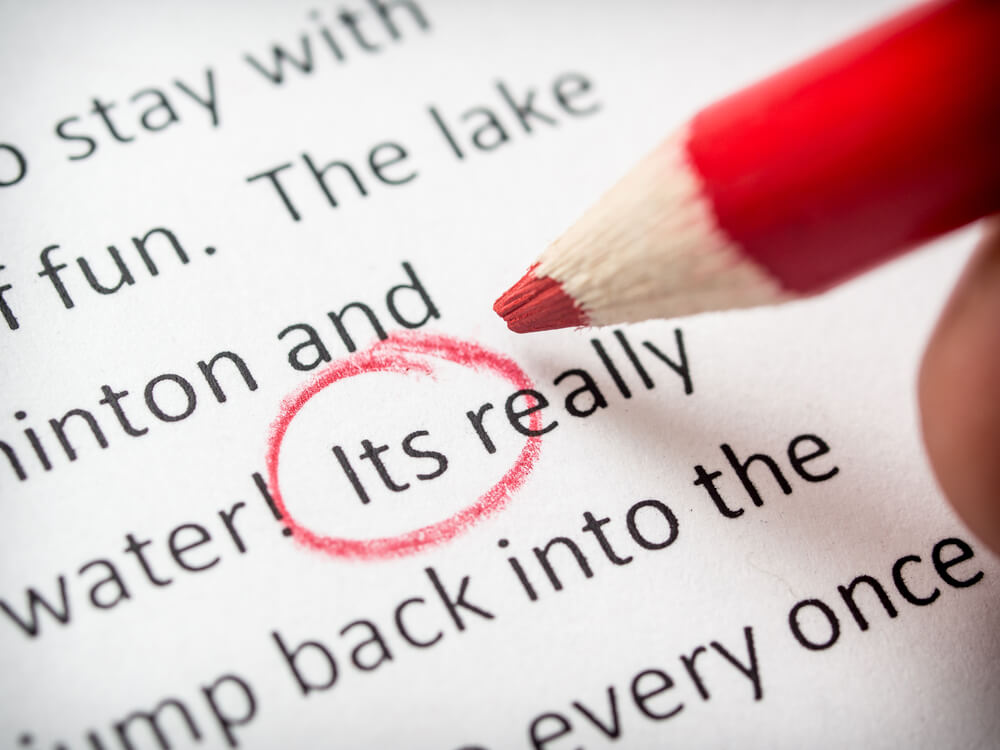 Grammar Goofs Can Be Big Gotchas in Job Interviews, Sales, and Social Circles

I went to college with a guy named Tim, who spoke 7 languages. I don’t know if he ever achieved his goal to work for the United Nations, but certainly language skills should have given him the edge. Anyone with that language capacity has my utmost admiration.

But for first-language English speakers, continuing to make mistakes on the basics of the English language can cause major embarrassment—not to mention costing you the job interview, the hot date, or the sale.

Dropping the –ly:  These are all wrong:

––The victim stood stoic while the judge read the sentence.

When you’re using a descriptive word to tell how something is done (an adverb), it ends in an –ly. If you’re describing a noun (person, place, thing, or idea) or a pronoun (word that substitutes for a noun), you don’t need the “-ly.”

––The machine is quick, but Juan runs quickly.

––The victim is stoic, but she stands stoically.

––The careful sales associate always balances her funds at the end of her shift. And she watches her money carefully with each transaction.

Just between you and I:  It should be between you and me.  After prepositions (words like by, between, with, in, for, at, under, over, through, across), use an objective pronoun (me, us, him, her, them) as opposed to a subjective pronoun (like I, we, he, she, they).  Correct: Just between you and me, I don’t like Tom and him. (Tip: To get pronouns correct most of the time, leave out the other people and trust your ear. For example, you would never say this: Just between we, me don’t like he.  These pronouns sound wrong to your ear. So you know you are choosing pronouns from the wrong group—from the subjective group versus the objective group.)

Affect/Effect:  “His sour attitude effects everybody.”  I don’t think so!  Effects in this case (as a verb) means causes. As a noun, effect means result. Typically, what people mean when they need a verb is affect (to involve or to influence):  To correct this blooper, substitute the verbs involve, influence, or cause to see which is the intended meaning, and you’ll make the right choice of either affect or effect.

No problem:  This phrase is not a substitute for “you’re welcome.”  You do someone a favor. They say, “thank you.” You respond, “No problem.” Wrong—unless you mean “You’re usually a problem, but today I didn’t consider you a problem.”

Continue on:   No need for doublespeak with this phrase.  Continue will suffice.

What other common mistakes in the language can you add to the list?