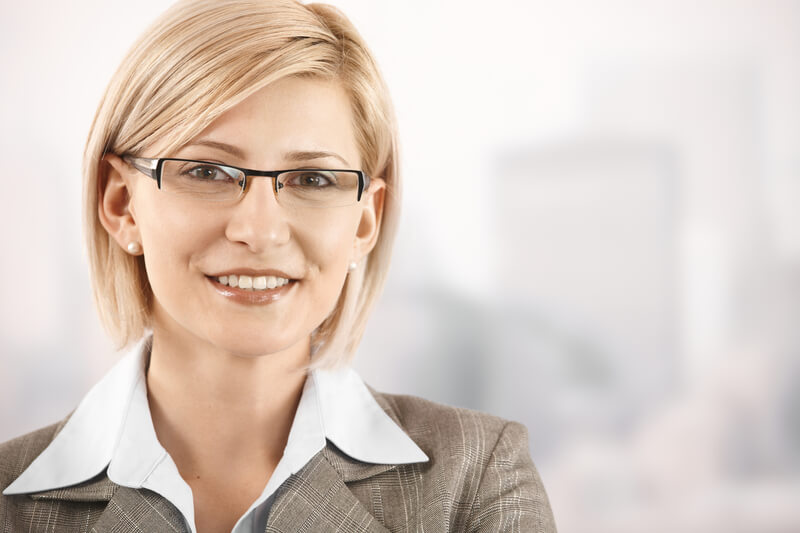 Executive Presence—Do You Have It?

At a SHRM mega-session years ago while speaking on the topic of executive presence, I included an audience demonstration about the body language aspect of presence.  A little nervous because I’d not tried the experiment previously, I asked two volunteers to join me on stage to demonstrate a few principles of personal presence. What if nobody volunteered before such a large crowd? What if the volunteers were so timid that I couldn’t help them? What if they were already so strong that I couldn’t think of anything to increase their impact?

The first volunteer steps up on the stage, takes the handheld microphone, introduces herself, and overviews a key project she’s working on. After 30 seconds, I call out, “Stop!” Then I pull her aside privately for 60 seconds and give her a couple of tips. She returns to center stage and repeats her project overview. After the before-and-after demonstration, I ask people in the audience to go to the microphones in the aisles and call out the difference noted in the speaker’s impact. “More confident.” “More engaging.” “More commanding.” “More authoritative.” More credible.”

All adjectives I expect, so I’m pleased. Yet I had used none of those words in coaching her. So I interview her after her demo: “Did I tell you to be or do any of that?”

“No!” she chuckles, obviously pleased with her performance and audience feedback.

Pressing my luck, I ask for a second volunteer. Four or five people raise their hands, and I select someone to join me on stage. As soon as he starts down the aisle toward me, I panic. His gait is halting, and he looks stiff. Uh-ooooh, I’m in trouble. When he takes the microphone for the “before” part of the demo, his voice sounds like a twelve-year-old. Again, 30 seconds into it, I yell, “Stop.” Same routine—60 seconds of coaching tips.

He does version two. The crowd goes wild with applause and whistling. It’s like he turns into a rock star. He keeps performing, looking up toward those in the balcony and playing to the crowd.

It took me a couple of seconds to figure out what several in the crowd were chanting. The change was so miraculous that they thought I had planted that volunteer in the group and that he was playacting his transformation. When I finally retrieved the handheld mic from him, both he and I assured the crowd that this was the first time we’d met. We finished the experiment, and I thanked both volunteers and wrapped up my session.

Afterward, the volunteers waited until the crowd around the stage dispersed, and then they thanked me again. Both volunteers reported to me that several people from the audience had come up to them after the program to ask privately if they were “plants.” They wanted assurance that the changes they’d made on stage were really a result of my coaching to do only two or three physical things differently.

In decades of polling audiences about skills, traits, attitudes, and habits that contribute to someone’s executive presence, all the characteristics they mention fall into one of these four buckets:

By the time someone reaches adulthood, character, values, and competence typically are well established, so generally all they need to address is the “body language” and communication concepts. More specifically, here are the quick tips I gave (and continue to give) those volunteers for a quick transformation:

That’s it. Employing these few body language secrets will make a dramatic difference in creating an impression of confident competence.

Learn more ways to improve your executive presence with Creating Personal Presence: Look, Talk, Think, and Act Like a Leader. 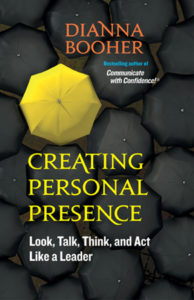