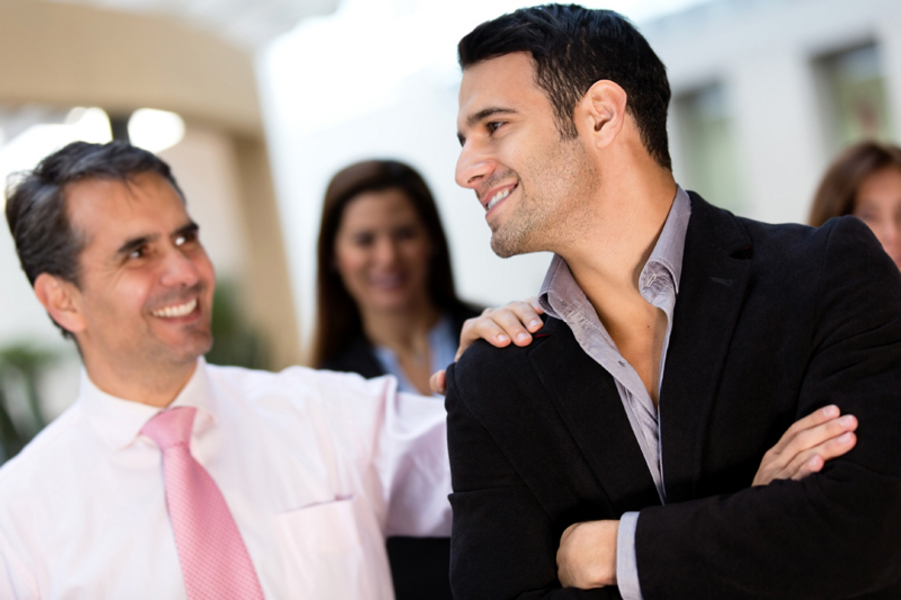 Communicate Your Backstory to Connect

My husband and I met on an escalator, going in opposite directions. He said, “Hey, Texas, wait for me at the bottom.  Startled at the confidently commanding voice, I stepped off at the escalator and waited for him.

“How did you know I was from Texas?” He pointed to my conference badge in the shape of our home state. We chatted for a few moments, and he accompanied me to the session where I was speaking.

A year later, we did some training for his company. Two years later when his company was bought out, he loved our product so well that he came to work for my company. In the year following that, we discovered we had more in common than work:  We fell in love and got married.

Organizations Have a Backstory

An executive vice president talks from experience about his backstory and the difficulty in aligning it with Wall Street: “We know we have to reinvest in our product to keep it strong…. But back when we were a public company, there were many times when we would have to go to Wall Street and explain our capital spending. There would be times when we were making investments in the future—five years out. And Wall Street analysts would be looking at the expenditure and ask, ‘Why are you spending this money? Why don’t you just pay a special dividend to the shareholders with this money? Get it to us now.’

“We’d say, ‘But we’re not thinking of just this quarter. We’re planting seeds for what’s going to grow ten, fifteen, twenty quarters out.’ We’d end up with a misalignment of time. . . . When I was heading up Investor Relations, I’d explain it this way: ‘When you have a publicly held company, you have owners and you have renters. You have to run the place for the owners, not the renters—the guys who move into the stock for a quarter or two.’”

Entrepreneurs often write their backstory in an autobiography, telling what shaped them from earliest beginnings, through startup, all the way through the successful sale of their business for big bucks! Others create the backstory from their business alone—from start-up to “overnight success.” Some put their backstory on YouTube, in their brochure, or in their TV commercial.

3 Themes for Your Backstory

In general, businesses have one of three major backstories:

Add your specific details to these themes, and you have a unique backstory that touches people emotionally and makes them want to root for your success.

As customers, coworkers, or suppliers identify with you, you have opportunity to influence them. Backstories can deliver an even stronger impact in your social and personal life because friends and family members care more deeply and trust you more fully.