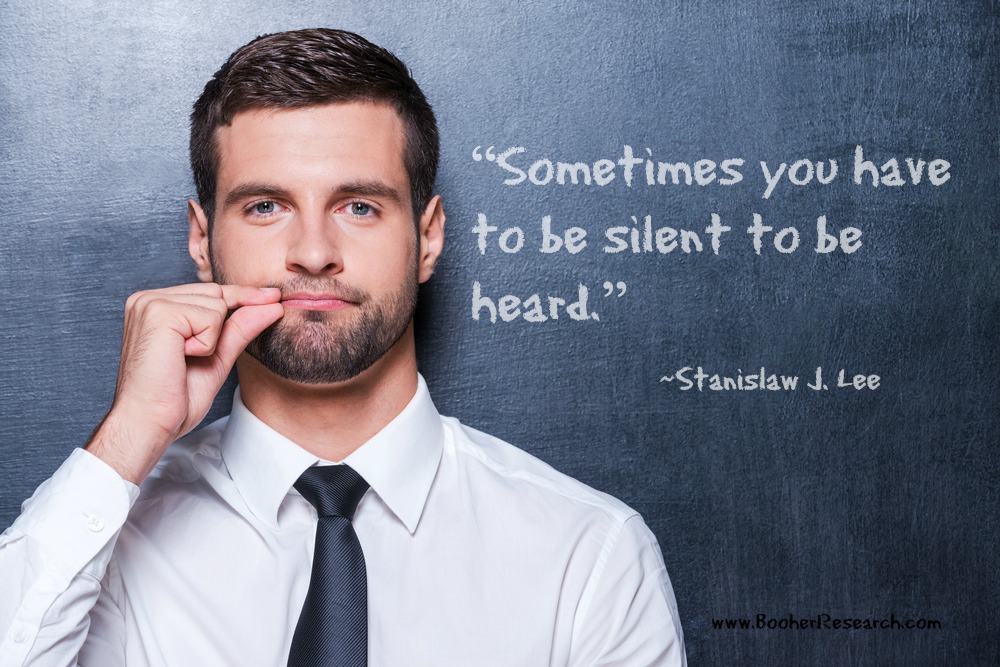 A great turn of phrase grabs my attention and tickles my thoughts for hours. If you’ve read any of my books, then you know that I sprinkle them liberally with famous quotations on the topic at hand.  I’ve been known to linger at a greeting-card counter for an hour or longer, looking at the sappy sentiments and gag lines, wishing I’d written them to my relatives or friends before some freelancer or staffer etched them on a card for the whole world to buy.

So it struck me that maybe some of you, too, might be a sucker for quotations as well. Here are some of my favorites on communication:

––“The way we communicate with others and with ourselves ultimately determines the quality of our lives.”––Tony Robbins

––“If I only had three words of advice, they would be, Tell the Truth. If I got three more words, I’d add, all the time.”––Randy Pausch

––“You can change your world by changing your words. Remember, death and life are in the power of the tongue.”––Joel Olsteen

––“Trust is the glue of life. It’s the most essential ingredient in effective communication. It’s the foundational principle that holds all relationships.”––Stephen Covey

––“Correction does much, but encouragement does more.”—Goethe

––“The most important thing in communication is hearing what isn’t said.”––Peter Drucker

––“Judge a man by his questions rather than by his answers.”––Voltaire

–– “The vacuum created by a failure to communicate will quickly be filled with rumor, misrepresentations, drivel, and poison.”––C. Northcote Parkinson

–– “Think as wise men do, but speak as the common people do.”––Aristotle

––“The more you say, the less people remember.”––Anatole France

–– “Sometimes you have to be silent to be heard.”––Stanislaw J. Lee

––“The worse the news, the more effort should go into communicating it.”––Andrew S. Grove

––“There has never been a statue erected to honor a critic.”––Zig Ziglar

––“Tact is the art of making a point without making an enemy.”––Howard W. Newton

––“A remark generally hurts in proportion to its truth.”––Will Rogers

–– “I can live for two months on a good compliment.”––Mark Twain

––“Insults are the arguments employed by those who are in the wrong.”––Rousseau

––“The real art of conversation is not only to say the right thing in the right place but to leave unsaid the wrong thing at the tempting moment.”—Dorothy Nevill

––“The secret of being a bore is to tell everything.”––Voltaire