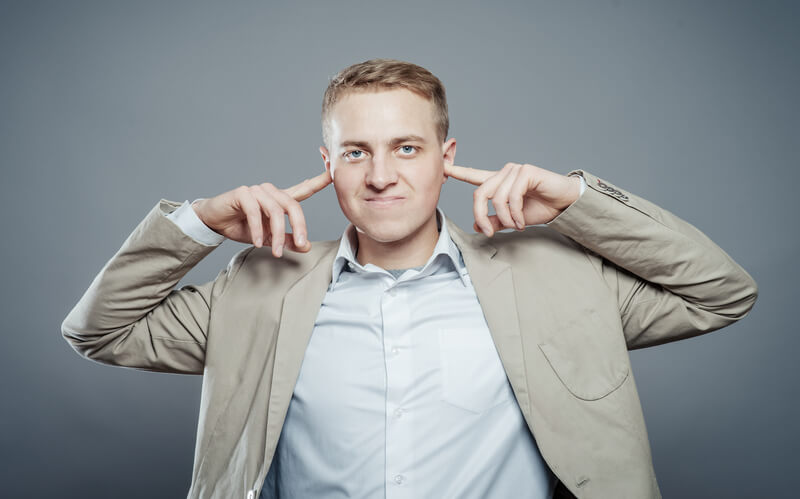 Sitting in a strategic planning meeting, Bradley, senior marketing director, explained to the other executives about a promising distributorship he had set up recently. Several team members drilled down with detailed questions.

Then someone asked, “What kind of performance clause do you have in the contract—in case they don’t do well and we need to terminate the agreement?”

“No such clause,” Bradley answered. “They didn’t offer one, and we didn’t ask for one.”

The questioner persisted, “Not good. They could tie us up as our exclusive distributor for a couple of years or even longer—with only minimal sales results.”

“Yes, they could.” Bradley nodded reflectively.

Silence around the room.

Although this distributorship arrangement may not turn out well for his organization, Bradley gave a rare response: straightforward and non-defensive. As a result, helpful and enlightening communication followed around the conference table.

But more often than not, responses to questions—particularly those that may reflect on someone’s judgment, decisions, or intentions—come across as defensive. They’re meant to shut people down.

For example, the following five defensive habits complicate, if not close down, a questioner.

Everybody has reasons for what they do or say. Our own reasons always seem right, logical, plausible, and appropriate—to us. Otherwise, we wouldn’t do or say something. That’s why it’s so easy to respond with our reasoning behind the comment, decision, or action in question.

So while someone might understand why you took X action or made Y decision, that’s not their primary concern. Generally, they’re speaking up in response to that action or decision because they want to warn of a potential problem or to offer an alternative.

Sure, they may be willing to listen to your explanation at some point. But your justification rarely is their first priority.

In our social life, people call it ghosting when a boyfriend or girlfriend suddenly stops responding to texts, calls, or emails.  The same thing happens in business relationships—just without the clever term to describe it.

You offer a suggestion about how to improve a process. Then dead silence. The other person may not respond about your suggestion at all. Or worse, they may withdraw physically and emotionally. Suddenly, they don’t go to the cafeteria for lunch at their routine time to avoid running into you. Or they send a substitute to the departmental meeting rather than encounter you there.

You check to see if they’re out sick or on vacation or are head-down on a critical project. No to all. Nada. They simply act as if your email went to spam or your voicemail failed to record.

All but the clearly courageous colleague will drop their pursuit so as not to “become a pest” about the situation.

Then there’s the dog-ate-my-homework response. They typically sound like this: “Actually, it was a committee decision.” Or: “That went above my paygrade. Just doing what I was told.” Or: “I was just following precedent.” Or: “They gave me old information.” Or, . . . well, you understand how this game goes.

Yes, lying does become a communication habit—and habitual lying stems from a character flaw. Years ago, I mistakenly hired a habitual liar and suffered the consequences—repeatedly.

One particular incident stands out: I asked Susan to prepare a client proposal due in three weeks for a potentially highly profitable consulting project. As I “checked in” with her now and then during the interim to ask how the proposal was coming, she responded each time with “Going well.”

“How about if I take a look at what you’ve got so far to see if I can offer any further direction?” Granted, I was a little antsy because it was her first proposal with our firm.

“I’ll get a draft to you shortly.”

As the days marched on, no proposal to review.

A week later, I again probed, “How’s the proposal going? About done? I’d like to see a draft now rather than wait until the absolute deadline it needs to go out the door—just in case we need to tweak it a little.”

“I don’t like to have my drafts reviewed until they perfect. It’s almost finished. I’ll get the final to you in a couple of days.”

Still no proposal for my review.

The day before the proposal was due to the client, I stopped by Susan’s office and insisted on seeing a copy of her “almost finished” proposal. Reluctantly, she printed it off and delivered it to my office.

The “almost completed” proposal was less than a page—basically a bulleted list of the ideas I’d suggested the day I delegated the writing project.

Nothing original. Nothing “finished”—by any stretch of the imagination. So at the proverbial “ninth hour,” I ended up doing an all-nighter to write the proposal myself rather than lose the client opportunity.

Susan’s lying habit continued until the day she exited the company.

Attacking a person’s style, motives, or creative suggestions typically comes wrapped in a humorous response; sarcasm seems to be favorite dismissal barb. For example, “Sure, Sanjay! Let’s all just do that—and the sooner the better!” Or: “Yeah, right, Gregory. Who needs marketing anyway? We’ve got clients just beating down our door to buy this bungled widget.” Or:  “Jeez, Jason. What an original idea! I bet fewer than a billion or so reps have already tried that.”

Whether cynicism or sarcasm, such out-of-hand dismissals discourage further discussion. And that’s often the goal with a defensive leader.

All of these habitual communication tactics either destroy trust in leaders or force the other person into a “challenging” position. Only the brave push harder for more appropriate responses and information.

Learn more ways to cut through defensive communication tactics with Communicate With Confidence!: How to Say It Right the First Time and Every Time 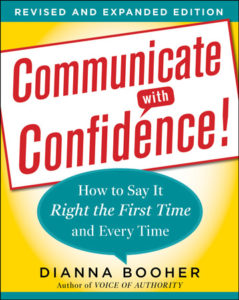